Would you like a free copy of my novel? Between Darkness and Light will be available as a free Kindle download from 8am on Friday 14th February for a couple of days. If you want information about the book (or a print copy), have a look here. I’d be delighted to know what you think about it.

“Considered etymologically, [the word ‘medieval’] assumes that we have to deal with a threefold division of time, a succession of three periods in terms of Hegelian dialectic. Viewed thus, the ‘Middle Ages’ are a transition from antiquity to modern times; but if by that phrase we mean that they form a chronological link between the two, we convey exactly nothing. ‘What age is not the link between what goes before and that which follows? Every age is a “middle age,” and we ourselves shall one day be regarded as medieval by posterity.’ If, on the other hand, we mean to describe an era of preparation, of quest, and of elaboration, which is to perfect the social order, then, it is to be feared that we are still farther from the truth; for the present scene affords scant evidence of progress, in the moral or the social sphere.”

“Doctors of ancient times used to recommend reading to their patients as a physical exercise on an equal level with walking, running, or ball-playing.”

So says Jean Leclerq in his wonderful The Love of Learning and the Desire for God. END_OF_DOCUMENT_TOKEN_TO_BE_REPLACED

“The expression ‘Middle Ages,’ when used to designate the period 1050-1350 and the following century, is open to objection. The phrase itself and the notion it is intended to convey were alike unknown to the men of that epoch. Unconscious of any break in continuity between themselves and their predecessors of the ancient world, they had no sense of living, so to speak, in an historical parenthesis. No such idea would ever have occurred to them; their existence was too full to admit the mournful prospect of a transitory age. Their sense of kinship with and loyalty to the past was infinitely stronger than that of the present generation, whose faith is pinned upon the years to come, and who glibly assume that because a thing belongs to the future it is more valuable than its present counterpart. In the ‘Middle Ages’ the opposite was true: every legacy of the past was viewed with respect and received as a model; for until the fourteenth century most Europeans considered themselves lineal heirs to all that was best in ancient civilization.”

The story of St Maximilian Kolbe’s extraordinary martyrdom in Auschwitz is well known. Ten prisoners were chosen for execution at random because a prisoner had escaped. As one of the men was called out of line, he broke down and pleaded with the guards not to take him because he had a wife and two children back home. Hearing these words, Maximilian Kolbe, a Polish Franciscan, stepped forward and offered to take his place. Amazingly, the guards allowed him to do so. END_OF_DOCUMENT_TOKEN_TO_BE_REPLACED

At the risk of trying to jump on a bandwagon that’s long since passed by, I want to explore in this article what The Gildas Option might look like, taking St Gildas’s The Ruin of Britain (also known as On the Downfall and Conquest of Britain) written in the 6th Century as my starting point. END_OF_DOCUMENT_TOKEN_TO_BE_REPLACED

Catherine Brighton’s The Fossil Girl: Mary Anning’s Dinosaur Discovery is in many ways a lovely book. The pictures are glorious and the story of the young Mary discovering the first complete Ichthyosaur is fascinating. However, a couple of minor moments mar the whole. The first is a page showing Mary having a tower constructed so she can chip out the enormous fossil she has found in Lyme Regis: END_OF_DOCUMENT_TOKEN_TO_BE_REPLACED 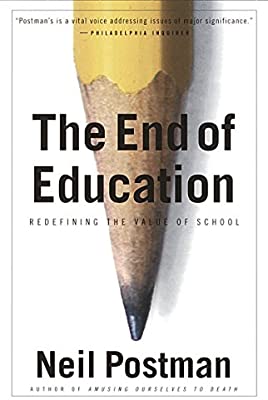 In the preface to his great book, The End of Education: Redefining the Value of School, Neil Postman pointed out that in “in tracking what people have to say about schooling, I notice that most of the conversation is about means, rarely about ends. Should we privatize our schools? Should we have national standards of assessment? How should we use computers? What use can we make of television? How shall we teach reading? And so on. Some of these questions are interesting and some are not. But what they have in common is that they evade the issue of what schools are for. It is as if we are a nation of technicians, consumed by our expertise in how something should be done, afraid or incapable of thinking about why.” END_OF_DOCUMENT_TOKEN_TO_BE_REPLACED

In 1899 an English historian was declared a doctor of the Church. A man who had never had political influence or held high office in the Church was now officially one of the Church’s great teachers. His name was Bede, or the Venerable Bede as he was called even in his own lifetime.

Why was Bede so highly regarded? What difference did he make to the culture in which he lived? And what can this Anglo-Saxon monk and historian teach us today? END_OF_DOCUMENT_TOKEN_TO_BE_REPLACED

In a novel about a village bar, this opening is, at first sight, rather surprising. What it suggests is that The Sermon on the Fall of Rome has big ambitions. On the surface, this is a novel about a struggling Corsican bar and two young students who take it on with ultimately disastrous consequences, but there is much more to it than that: the tragedies that cluster around the enterprise open out into a wider meditation on the world. END_OF_DOCUMENT_TOKEN_TO_BE_REPLACED 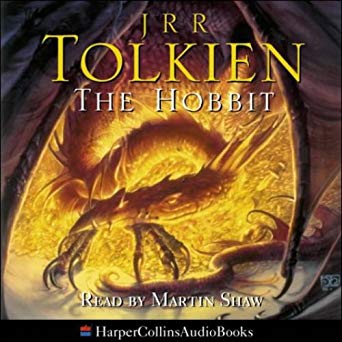 Today I’m introducing a new section to the site: 3 Great …

And I’m starting with 3 Great Audiobooks for children. END_OF_DOCUMENT_TOKEN_TO_BE_REPLACED

Looking through a shelf of old Ladybird books the other day, I was surprised to find this book on Pope John Paul II by Joan Collins. (Presumably not that Joan Collins.) It was published in 1982, shortly after the pope’s visit to Britain and is remarkably positive about him.

END_OF_DOCUMENT_TOKEN_TO_BE_REPLACED

It can be a dispiriting experience reading the first drafts of students’ personal statements – it can also be dispiriting to read the fifteenth draft but that’s another matter – because many students simply don’t write very well. Their grammar is creaky, their vocabulary is limited, and their paragraphing is all over the place. END_OF_DOCUMENT_TOKEN_TO_BE_REPLACED

I am currently reading Reading Reconsidered and will review it properly in the next week or so. However, I couldn’t resist mentioning a couple of statistics from the book (both from page 210) before I do so: END_OF_DOCUMENT_TOKEN_TO_BE_REPLACED

1. Muriel Spark – The Prime of Miss Jean Brodie – published in 1961 so not, strictly speaking, post Waugh. A great novella about much more than a schoolmistress and her pupils: a novella about the theology of free will and predestination. END_OF_DOCUMENT_TOKEN_TO_BE_REPLACED 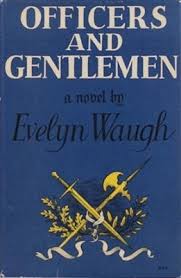 Browsing in a secondhand bookshop yesterday, I found a lovely first edition of Evelyn Waugh’s Officers and Gentlemen, the second book in his Sword of Honour trilogy. Except, to my great surprise, I discovered that the trilogy might never have been written: END_OF_DOCUMENT_TOKEN_TO_BE_REPLACED

Even though I was firmly rooted in one place as a child, I struggle to explain where I am from. I was born on the very edge of Frindsbury in Kent, but Frindsbury had been swallowed up by Strood and Strood had been swallowed by Rochester, which was itself merely one of the Medway Towns.  It was as baffling as the relationship of England to Britain to the United Kingdom to Europe, a relationship no Venn Diagram could ever adequately capture. END_OF_DOCUMENT_TOKEN_TO_BE_REPLACED

There are three important questions to be asked before buying an audiobook: is the book itself worth reading; does the reader bring the book to life; and is the book abridged? END_OF_DOCUMENT_TOKEN_TO_BE_REPLACED