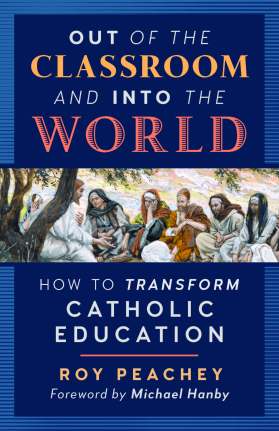 A lecturer in the department of Asian and Middle Eastern Studies at the University of Cambridge once told me that the question she is most often asked is, “How long did it take you to learn Chinese?” Her reply to this unanswerable question was always “I don’t know, because I’m still learning.”

Much the same could be said of music. Like many parents, I would like my children to learn an instrument, but I know there can be no instant gratification here. If they are going to play Bach’s Preludes and Fugues in the future then I am going to have to put up with Twinkle Twinkle Little Star now. Unfortunately, one of the difficulties we face in education is that instant gratification has been institutionalized. The message of countless TV shows is that instant fame is possible as long as you’ve got talent. But that is an institutional lie: what actually matters is graft, and graft takes time.

I came across a great example of this when I visited St Paul’s Convent School in Hong Kong. On display in the entrance hall was a cardboard plane. Why? Because students at the school, with a little help from a parent who was in the business, built a plane—a real plane. It took them seven years. It flew. It stayed up. It came down safely. But it took them seven years. Many of the students who worked on the plane had left school before it had its maiden flight, but even so, they knew that they had worked on something special, a project that could not be rushed.

Not many students will have the chance to build a plane, but many are asked to write creatively. Our usual approach, as teachers, is to have a lesson, set some homework and then expect a worthwhile piece of writing to emerge, but that’s not how writing works. Charles Causley, who was both a fantastic poet and a primary schoolteacher, used to give his pupils a year in which to write their poems because that’s how long poetry takes, a fact that was brought home to me when I bumped into a friend who is a published poet on the last day of his holiday and the first day of mine.

“It’s been wonderful,” he replied.

“Have you written any poetry while you’ve been here?”

We all know that learning languages, writing poetry and building planes take time. We know that true learning cannot be rushed, but, usually because of institutional pressures, we feel the need for speed. However, if we are to transform Catholic education, these are the pressures we need to resist. Rome was not built in a day and knowledge cannot be mastered in a day either.

Out of the Classroom and Into the World: How to transform Catholic Education